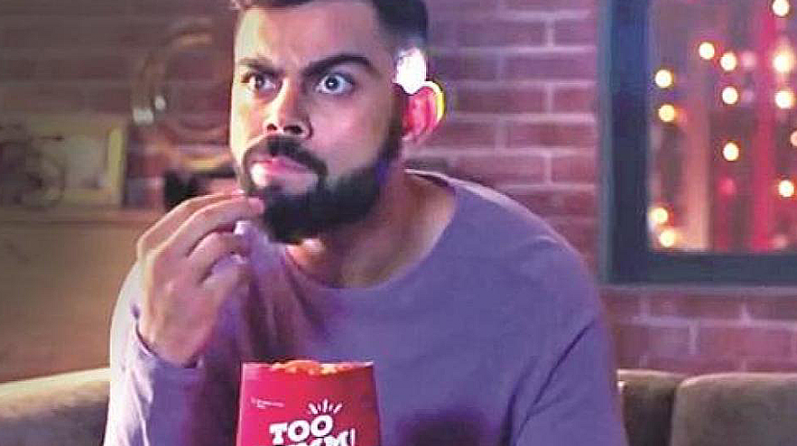 A CATEGORY DISRUPTION DURING IPL

To create a clutter-breaking campaign for the launch of the brand’s latest healthy offering, Too Yumm! Multigrain Chips.

Potato chips are regarded as extremely tasty and no one stops at just one chip, despite it being fried and unhealthy. With the launch of Too Yumm!’s Multigrain Chips, the brand wanted to leverage this insight to offer consumers an equally tasty baked chips alternative, but without the guilt.

We decided to create a junk food controversy involving the fitness freak Virat Kohli themed #WhyChipsVirat. Virat was filmed bingeing on ‘chips’ (presumed to be potato chips) hence cheating on his fitness diet and thus on the nation who worshipped him for his fitness!

In the lead up to the launch we targeted online portals and social media pages to make this news go viral. We involved Virat Kohli fans by reaching out to fan pages, invented the idea of “gossip” to spread across mainlines & entertainment portals. By leveraging his sportsman stature, we even reached out to online sports platforms to generate buzz.

On the day of the launch, Virat posted an open letter to his fans asking them to tune into the IPL match later that night, during the first strategic time-out where the truth would finally be revealed