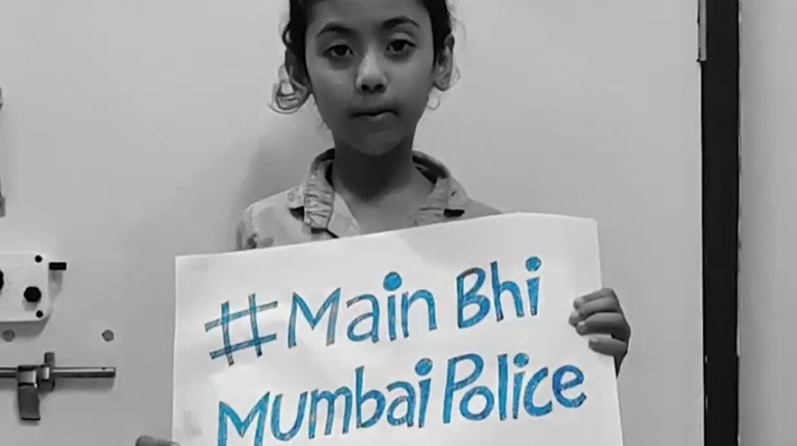 #MAINBHIINDIAPOLICE – AN IDEA BECAME A MOVEMENT

In the wake of the novel Covid-19 pandemic outbreak, in a country like India with a total population of 1.36 billion, social distancing was the need of the hour in order to contain the spread of the virus. It was the responsibility of the Indian Police to ensure that the citizens did not violate the norms of the lockdown. Our task was to support the police in achieving this goal through an action oriented campaign that would garner widespread awareness and accountability amongst citizens.

It can get daunting to physically ensure every citizen stayed put inside their homes as police resources were scarce. We needed a campaign that empowered citizens to self-police their own families, thus taking the responsibility into their own hands.

With social distancing being the need of the hour during the pandemic, we kick-started with a public service campaign for India’s covid hotspot – Mumbai. #MainBhiMumbaiPolice was conceptualized to help the Mumbai Police keep citizens safe indoors. The fim was launched by the Mumbai Police on their twitter handle, post which a high impact, integrated PR and social media strategy was pushed strategically by us to reach the maximum number of people in the shortest possible time frame. Within a matter of 3 days and with zero commercials involved, our campaign video was shared by leading Bollywood stars including Kareena Kapoor Khan, Sonam Kapoor, Shilpa Shetty, Anushka Sharma, Sonakshi Sinha and covered by all marketing media for the simple yet powerful thought behind it.

The beauty about this campaign is that it allowed for extendibility beyond Mumbai and before we knew it, the concept was adapted by police departments across the country through #MainBhiMumbaiPolice, #MainBhiHarjeetSingh / #MainBhiPunjabPolice, #MainBhiUPPolice, #NanuKoodaBengaluruPolice, #MainBhiArunachalPradeshPolice.

There was also a sad incident that took place during our campaign where a Punjab Police officer’s hand was dismembered by curfew violators while on duty. This single event was a turning point for Indian Police departments and our #MainBhiHarjeetSingh and #MainBhiPunjabPolice came to life to not just motivate the force and display their collective strength but also for the public to truly appreciate the enormous efforts taken by the Punjab Police force towards their safety. The campaign kick-started with the police force showing solidarity for their fellow policeman, SI Harjeet Singh, by wearing his name badge on their uniform, driving home the message that while one Harjeet Singh recuperates, countless other Harjeet Singh’s are reporting on-duty. Not long after, celebrities, cricketers and well-known Punjabi influencers like Sunny Deol, Gurdas Maan, Harbhajan Singh, Yuvraj Singh, Aishwarya Sakhuja, Divya Seth, Dolly Tewari and many more followed suit. #MainBhiHarjeetSingh trended across social media platforms within 6 hours of the initial launch. This act of solidarity was also covered nationally by every key India newspaper and channel and also supported by many more state police departments, making it a truly national campaign.